This week’s Around The World in 100 Words looks squarely at the issue of government intrusion into the Canadian economy and the inevitable problems that result. As a screaming capitalist, out of principle I am against meddlesome government bureaucrats gumming up the gears of the otherwise well-tuned private sector engine that is responsible for our high standard of living. Certainly the larger the role governments play in the delivery of goods and services in any economy, the worse it is for consumers. This takes many forms, not the least of which is high prices and poor service. When the former Soviet Union collapsed in the early 1990s under the weight of its economic inefficiency, Eastern Europeans flocked to the West to find stores well-stocked and at affordable prices; a sharp contrast to the government run monopolies in the USSR, where scarcity was so severe a waiting list of 10 years for a government-built car was not uncommon (please no Tesla comparison here!). 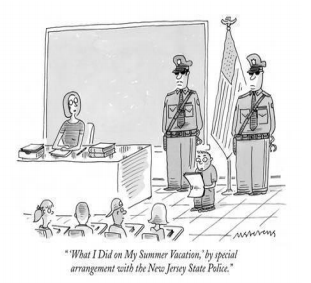 Despite the unequivocal record of history, that governments are not very good at doing many things, Canada still clings to an antiquated, patriarchal, top-down and top-heavy government run model for far too many things including liquor sales, mail service and dairy quotas. The attached article from this weeks’ National Post highlights this, through the contradiction of allowing private stores to sell Cannabis products, while restricting the sale of liquor to the LCBO -a government monopoly. Every business model should be built with one thing in mind: the consumer. Sadly, governments removed from the twin pillars of supply and demand and revenue and expense know little of the importance of the consumer. Monopoly breeds complacency and self-interest. https://nationalpost.com/opinion/kelly-mcparland-if-ontario-privatizes-marijuana-sales-dare-wedream-of-alcohol-reform

But this weeks’ ATW is about far more then these examples, it is a clarion-cry for Canadians to demand better from their governments. Holding politicians to account for the decisions they make is the whole point of democracy. Tying votes to decisions that make sense economically is in the interest of all Canadians. 2019 is the next chance we have Federally to do so. We must all ask ourselves this simple question: Will we accept a lower standard of living resulting from a Tax-and-Spend Big Brother approach advocated by the Trudeau government, or look to the pro-business and therefore pro-Canadian policies of the Conservatives under Andrew Sheer. The Marijuana-Booze example succinctly divides one from another.

More on this topic to come!

PS 2 more weeks still to go before you hear the lyrics to the classic Don Henley tune about the Boys of Summer!