Up, up and away. The Bull Market -particularly US equities- continues on with the question hanging in the air of how long can it last? The article from the Globe & Mail cites Goldman Sachs as saying the climb is set to continue for another 3 years. The gains suggested are in the low to mid single digits, but are gains nonetheless. Accompanying the article is a quote by a Sachs analyst saying “earnings growth will be the dominant driver,” which is like saying “the sun will mostly make crops grow in summer.” Um, well, yes. But unlike the sun which comes around regularly every Spring and Summer, can we be sure that Earnings will? 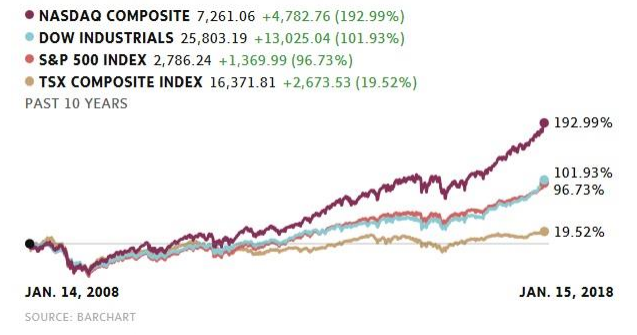 The counterpart to this optimistic outlook is David Rosenberg, chief economist at Gluskin Sheff + Associates who continues to have a more sobering outlook on things. He draws a clear distinction between Bitcoin and the markets, but says -correctly, that “this is one of the most expensive markets of all time.” 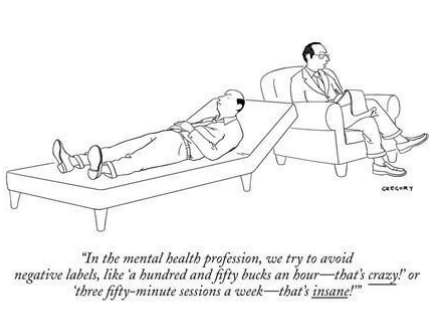 Balancing the two competing perspectives, has our model portfolios judiciously weighted between equities and bonds. We are participating in the market rally which may well continue for some time driven not by earnings growth, but sheer investor momentum. The inclusion of lower returning and lower risk asset classes means that when the Bull’s charge stops, there is downside protection for our clients. I leave you with this position to consider, taken from Charles Mackay’s seminal treatise Extraordinary Popular Delusions and the Madness of Crowds:

“Money, again, has often been a cause of the delusion of multitudes. Sober nations have all at once become desperate gamblers, and risked almost their existence upon the turn of a piece of paper. Men, it has been well said, think in herds; it will be seen that they go mad in herds, while they only recover their senses slowly, and one by one.”

Though written in 1841, a cautionary message for times like these.

We keep hearing questions about how long this bull market can run.

Well, to borrow a Yogi-ism, stock analysts say it ain't over till it's over.

Which means they're not calling an end to it just yet, and don't even necessarily see an end in sight at this point. though we're constantly being reminded that it's getting long in the tooth.

This comes as the Dow Jones industrial average topped 26,000 today,

Here are some recent views:

"Earnings growth will be the dominant driver" of that run through to the end of 2020, he said in his forecast, subtitled "Up, up and away."

In a second, more recent outlook, Mr. Kostin and his colleagues noted that the S&P 500 returned 3.5 per cent in just the first two weeks of 2018, marking the best launch in 16 years.

Deutsche Bank analysts, in turn, recently raised their 2018 forecast for the index to 3,000, from their previous projection of 2,850.

"It’s still a bull market," Javed Mirza of Canaccord Genuity added in an outlook this week.

David Rosenberg, chief economist at Gluskin Sheff Associates, introduced a note of caution to all this.

"I'm not talking about bitcoin. Whether you look at price to book, price to earnings or price to sales, this is one of the most expensive markets of all time."

He also rhymed off some exceptional numbers: Over the last 100 trading days, the Dow Jones industrial average climbed 19 per cent, the Russell 200 indexes 17 per cent each, and the S&P 500 15 per cent.

"The Dow, amazingly, has added 500 points per week for the first two weeks of the year — it hasn't done that in 18 years," Mr. Rosenberg said.

"Sentiment and multiples are off the charts, but there are few signs yet of a pullback," he added.

"Volumes have been rising. There are very few divergences. And we are seeing the likes of Facebook lag, as late-cycle performers like energy excel, along with the retailers and several of the banks."

Magna forecasts through to 2020

"We expect to deliver above-market growth through 2020 and beyond driven by our portfolio of products tied to vehicle electrification, light-weighting, safety and autonomous driving," chief executive Officer Don Walker said in a statement.