[People], it has been well said, think in herds; it will be seen that they go mad in herds, while they only recover their sense slowly, and one by one. 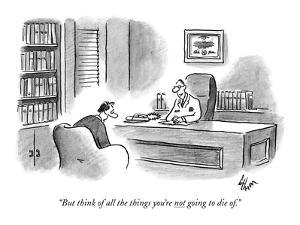 This insightful observation on crowd psychology was made more than a century-and-a-half ago by Scottish journalist Charles Mackay in his 3-Volume Study Extraordinary Popular Delusions and the Madness of Crowds. Yet its central point -that rational thought goes out the window when enough people begin thinking a certain way- applies to the collective insanity that has gripped the world over the Coronavirus.  Click Here for more info.

It’s the Flu. No different than any other -apart from that it may be less lethal than any other flu that doesn’t get named. The Flu kills approximately 86,000 people every year and nothing like this happens. So what gives? Well, again Mackay summarizes it well when he writes:

we find that whole communities suddenly fix their minds upon one object, and go mad in its pursuit;   that millions of people become simultaneously impressed with one delusion, and run after it, ’till their attention is caught by some new folly more captivating than the first

Sadly true, but here we are. So what can be done? Well joining the herd isn’t the answer. But keeping your cool and waiting for the spell to be broken is. Selling when markets are down is never the answer, as it means one has bought higher and now has sold lower. Exactly the opposite of how to build wealth over time. And to be sure, I am not suggesting that you just bury your head in the sand as if all of this isn’t happening. No, rather I am advising that you stand back from the stampede and stay out of the way. Sooner than later saner heads will prevail, markets will recover and those that stayed calm will come it ahead.