Around The World In 100 Words

Well the ink’s barely dry on the renamed United States-Mexico-Canada Agreement (USMCA) and already the spin has started. Did Canada cave to American trade demands, or did it fight the good fight and live for another day? Well, we’re still standing, and judging by the rise of the Loonie of more than 1%, the markets liked the outcome -even if Canada was on defence most of the time. 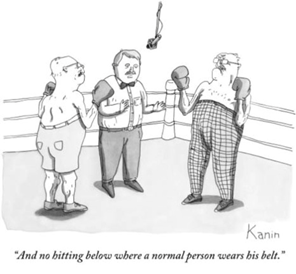 Armchair psychologists may try to read into the order of the countries’ names under the USMCA and draw conclusions as to where Canada finished up in this historic re-negotiation of an agreement that has governed US-Canada relations since the mid 1980s (remember the FTA?). Maybe that was just US negotiators rubbing some salt in the wounds, but practically speaking the revised agreement preserves Canadian access to the US market duty free (a very good thing), while giving some ground on Dairy, auto content, online shopping, intellectual property and something ominously called Chapter 11 -which allowed companies to sue governments whose trade practices they deem unfair. Canadian negotiators were unable to end punitive tariffs on steel and aluminum, but the threat of 25% tariffs on Canadian auto exports were avoided.

So how would one score this fight? About the same way a welterweight fighting a heavy weight would be counted. The smaller fighter would be outmatched from the get go, but going the distance with a much larger and stronger opponent could be seen as a win in itself. Canada never really had a fighting chance, but under the circumstances we did pretty well. For the Mexicans who threw in the towel earlier in the matchup, the same can’t be said.

Look for a further strengthening of the Canadian dollar and interest rate hikes to continue, only now at a faster pace. Of the highest importance is what that means to your portfolio. On that note, I look forward to speaking with you over the coming weeks and as always, please give me a call anytime.